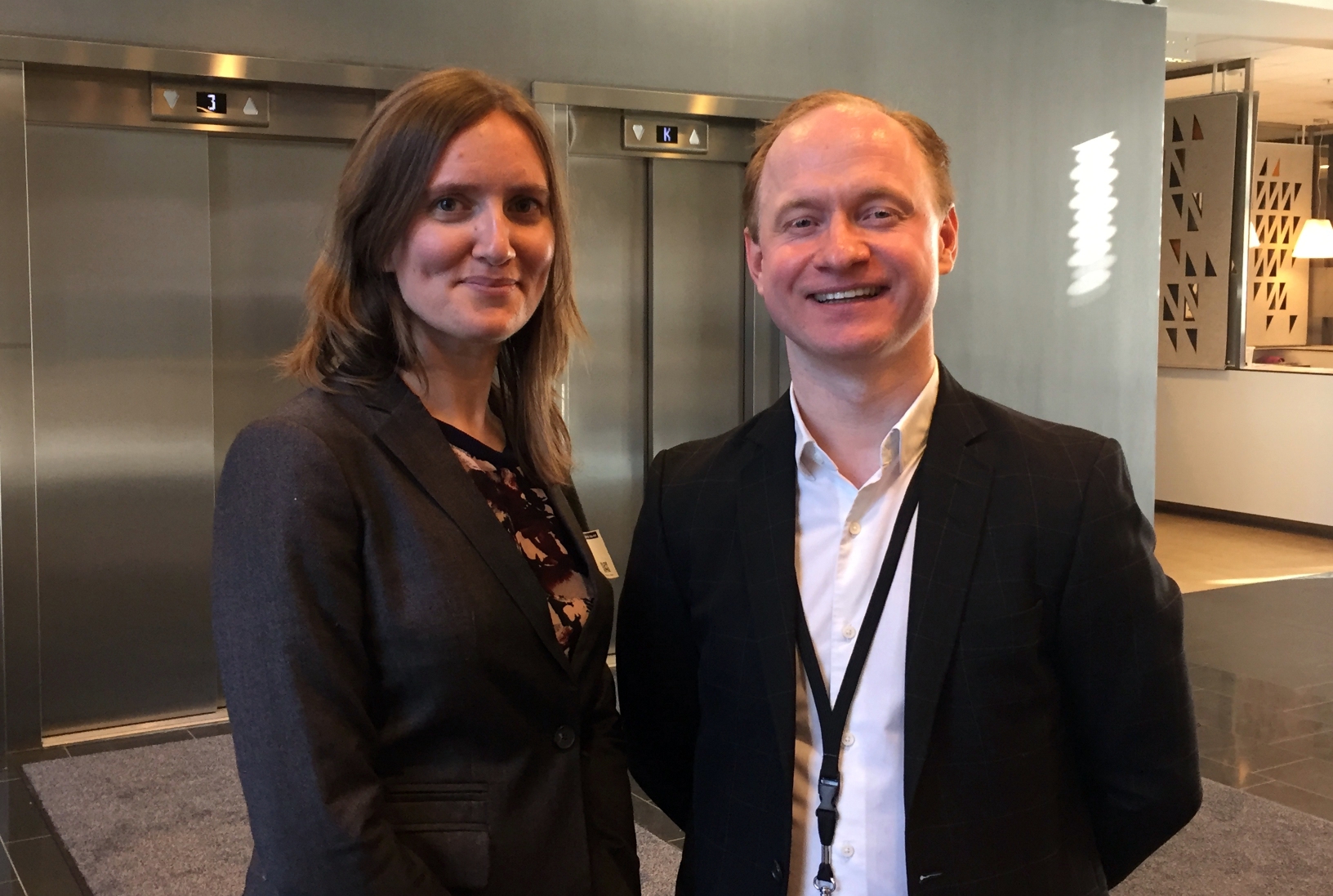 – We are in the middle of the energy transition, it is not something in the future, it is happening right now, said Josefin Berg, research and analysis manager in solar and energy storage, at IHS Markit.

Her list of proof was long; Germany produced more electricity from renewables than from coal in 2018. South African commercial banks refuse to finance new coal fired plants. The oil and gas majors invest in renewables and storage.
– It´s peanuts now, but tells us one thing, they are investing in a new market, said Berg.

In 2022 as much as 53% of utility scale developments will come from tenders, up from 22 % in 2017, and more than half of the PV- installations will be dominated by utility scale systems. – They will take a big share of the future installed megawatts, she said.

Magnus Sletmoe Dale, advisor at Multiconsult, presented results from a survey among the Norwegian solar energy industry on behalf of the organising partners and Export Credit Norway (Eksportkreditt Norge). The results showed that the Norwegian companies in the solar market enjoy an optimistic view of the future, expecting some 50%+ revenue increases internationally in the next five years. The companies sell to over 50 markets worldwide, across all regions, and represent more than a third of Norwegian renewables revenues internationally.

Norwegian solar energy has changed since the early industry start of REC in Glomfjord in 1994. Today, Norway is home to developers of solar installations, small and large, including Equinor, Scatec Solar, Statkraft and lately also Otovo, the provider of roof-top solar systems. Norwegian companies are supplying materials and wafers and have developed a number of small to medium sized suppliers to the large-scale solar park industry.

In addition, a number of suppliers to smaller and medium sized solar and hybrid energy systems have been established and are building their business – in particularly in developing economies in Africa and Asia. According to The World Bank, some 80 % of business owners in Nigeria alone says energy supply is a major concern.